Lately, I’ve been putting spelt flour into my home-made bread. Much as I would love to have the time to make my bread by hand – and to live in a house which is warm enough for it to rise consistently – I have a breadmaker which is quick and very reliable. Spelt (Triticum spelta; Triticum dicoccum), also known as dinkel wheat or hulled wheat, is a species of wheat which has been cultivated since approximately 5000 BC. In Greek mythology, spelt was apparently a gift to the Greeks from Demeter, the goddess of the harvest and agriculture. It is a cross of wild grasses and early cultivated cereals which was widely grown in Roman times, and it is becoming more popular again now. It is said to be a good source of dietary fibre, protein, some B vitamins and some minerals. Adding spelt flour (50:50 with normal strong white bread flour) makes very tasty bread. 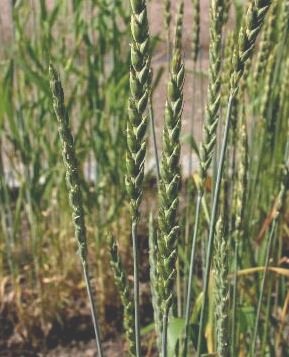 I found this recipe on the side of a packet of Waitrose spelt flour and made it with less sugar. I still had some eating apples from our tree sitting around so I used those rather than cooking apples. They are plenty sweet enough and made a very nice cake.