Having looked at exercise in children I thought I’d have a look at how much exercise women are doing. The NHS Choices website suggests that to stay healthy, adults (men and women) aged 19-64 should try to be active daily and should do:

Definitions of activity levels can be found on the website. 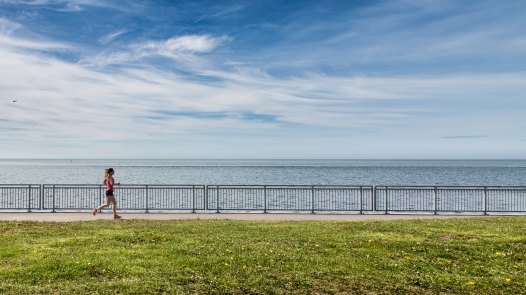 Not surprisingly, many women in the UK don’t achieve these recommendations – figures from the 2012 Health Survey for England show that only 55% of women aged 16 and over do at least 150 minutes of moderate physical activity per week. There are quite marked regional and socioeconomic differences, at least within the UK, and activity levels decline with age.

Sport England recently held a number of focus groups with women aged 14-40 around the UK to find out why women aren’t exercising. None of their findings will be surprising  and you can read more here. The fear of judgment far outweighs women’s confidence to exercise – with concerns ranging from embarrassment over sporting ability to worries about appearance. Women were also concerned about conflicts with family commitments – and worried that they might be criticised for taking time away from their children. Reassuringly, ~75 per cent (7.1 million) of UK women of these ages would like to be more active.

As a result of their research, Sport England launched the This Girl Can campaign. If you are looking for ways to increase the amount of exercise you do then I recommend that you have a look here. It’s a great source of inspiration and is full of stories from women of all ages, shapes, sizes and sporting ability. I guess these women would be called ‘ordinary’ by many people, but of course they are not ‘ordinary’ (….I hate that term, we are all extraordinary). But, these women are just like you and I. Busy, unsure of their abilities and in many cases, not sure how to get started. There are lots of suggestions to help you to get active. Sometimes when I feel lazy or a bit pathetic I have a look at some of the stories on this site. I may decide to have tea and cake and sit on the sofa anyway, but at other times I will go and do something active! There are also a lot of good Twitter accounts highlighting sporting success and sport/exercise opportunities for women – for example @womeninsport_uk, @WomenSportTrust, @WSNet,and of course @ThisGirlCanUK.

One thing I find really annoying is the lack of coverage of women’s sport in the press. Although the recent athletics world championships seemed to receive reasonable coverage (although maybe that was just in my house), there is less in the media about other women’s sports. This is despite the fact that there’s a lot of excellent women’s team sport going on in the UK (apologies to my overseas readers for being so partisan). England women are currently the world champions at cricket. They are also the current rugby world cup champions and are battling to retain that title at the moment. Great Britain’s women won Olympic hockey gold in 2016. And there is much, much more! However, according to a Women In Sport report, despite all this success, women’s sport still makes up only 7% of all sports coverage in the UK. Some people argue that the media doesn’t cover women’s sport because of a lack of demand, while others say that there isn’t more demand because the media doesn’t cover it……… It would be great if there was more media coverage so that our daughters – and sons – grew up thinking that women participating in sport was perfectly normal.

Anyway, rant over for now. Do go and look at the This Girl Can website. I am off for a swim….

Evening fields
First swimming medal for a while! A mile in the North Sea in aid of the @rnli
Today Team @debbie_swimpressivecoaching swam the #maydaymile2021 in a slightly choppy and fairly bracing North Sea. So far we have raised more than £2000 for the @rnli. You can help us raise more for this fantastic cause here https://themaydaymile.rnli.org/fundraising/mandyswim