Wearing my rose tinted spectacles, I remember that when I was young, we used to play outside all the time. We spent the days and evenings playing with the kids who lived nearby either out in the street (it was a very quiet street) or in back gardens. I don’t remember spending lots of time indoors in the evenings or at weekends and holidays – at least until I went to senior school and had homework. When chatting to children and their parents in clinic, I get the impression that children are much less active than we were as youngsters. 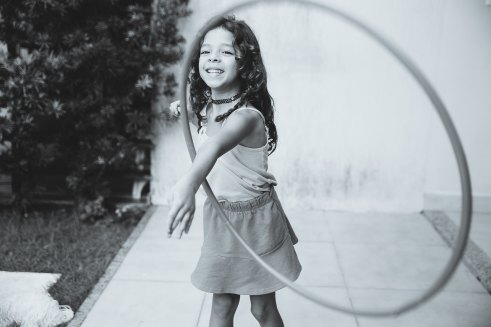 Photo by Patricia Prudente on Unsplash

I thought about this again after a chat with my friend and avid blog reader (the same friend who took me on the gin visit). She had read that only ~10% of Scottish children at the age of 10-11 years met the recommended levels of activity – we both found this shocking. I had a look into this and the figures are a little confusing, but still concerning.

There are specific recommendations for activity in children at different ages. Between the ages of 5 and 18 it is recommended that children should be at least moderately active for at least 60 minutes every day (this is a minimum) – ideally children and young people should engage in moderate to vigorous physical activity for up to several hours each day. It is also recommended that vigorous intensity activity, including muscle- and bone-strengthening activities, should be undertaken on at least three days each week. Moderate intensity activities are those that make the participant warmer, breathe harder, or their heart beat faster, while still being able to speak, such as cycling or playground activities. Vigorous activities have greater effects and make conversation much harder, such as running fast, swimming, or football. Muscle- and bone-strengthening activities include hopping, skipping, gymnastics, racquet sports, and swinging on playground equipment, i.e. activities that involve using body weight or working against resistance.

The report my friend had seen was the ‘Objectively measured physical activity levels of Scottish children: analysis from a sub-sample of 10-11 year olds in the Growing up in Scotland Study’ (link here). The report states that only 11% of Scottish children achieve the current recommended levels of moderate to vigorous physical activity every day. However, the report also states that when the data are analysed with the requirement of at least 60 minutes moderate to vigorous activity per day on average, around 60% of children achieved the current recommendations. The Health Behaviour in School Age Children (link here) reported that among 11-15 year olds, only 21% boys and 15% girls met the recommendation of at least 60 minutes daily physical activity of at least moderate intensity. Although the data are not necessarily directly comparable, the Health Survey for England in 2015 reported that excluding school-based activities, only 22% of children aged between 5 and 15 met the physical activity guidelines of being at least moderately active for at least 60 minutes every day (23% of boys, 20% of girls). I think these different numbers reflect the fact that obtaining accurate measures of children’s activities is difficult, but doesn’t detract from the fact that there are many children in Scotland and England who aren’t doing the recommended amount of physical activity. 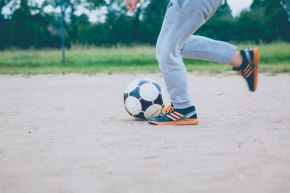 Photo by Markus Spiske on Unsplash

It will probably come as no surprise that reports such as these suggest that boys are more active than girls. The data from the Growing up in Scotland Report suggests this difference already exists by 10-11 years of age and international studies report similar findings. This suggests there is an urgent need to develop policies to address this gender gap at young ages. Although this is only anecdotal, another friend reported that her 5 year old daughter had said that ‘sport is for boys, not for girls’. This from a little girl whose parents are both very active, so perhaps better education and support are needed from very young ages indeed…. 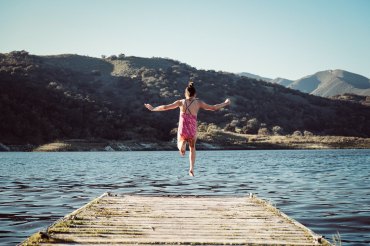 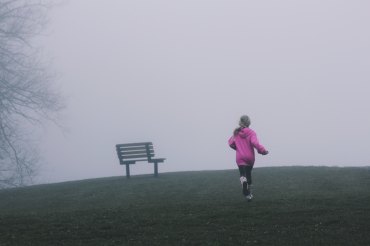 Photos by Erik Dungan and Noah Silliman on Unsplash

So, how sedentary are today’s children? A report from the British Heart Foundation found that on weekdays, the highest proportion of children sedentary for six hours or more was found in the oldest age group (13 to 15 years) for both boys and girls (boys = 24%, girls = 16%). This may not be due to evening homework: a higher proportion of boys and girls were sedentary on weekend days than weekdays with 43% of boys and 37% of girls aged 13 to 15 sedentary for 6 hours or more on weekend days. The Scottish Intercollegiate Guidelines Network (SIGN: http://www.sign.ac.uk) recommends that school age children and adolescents should not spend more than 2 hours/day in recreational screen time. However, 64% of Scottish 11-15 year olds report spending more than 2 hours per day watching the television on weekdays, and this rises to 79% at the weekend. Additionally, electronic gaming exceeds 2 hours/day among 65% boys and 46% girls on weekdays, rising to 78% boys and 57% girls at the weekend.

I wondered whether parents are afraid of letting their children play outside, because of perceived or actual dangers, but I’m not sure this is the case. Data from the The Health Behaviour in School Age Children and the Scottish Household Survey 2014 show that 89% of Scottish 13-15 year olds felt safe in their local area most or all of the time; 59% of Scottish 13-15 year olds felt they had good places to spend their time locally and 91% of households with 6-12 year olds had access to at least 1 local play area. 62% of parents of 6-12 year olds felt that local playgrounds were safe for their children to play alone.

Unfortunately, I couldn’t find any comparable data from when I was young, so I can’t actually tell you whether children really were more active then. I presume that we must have done something indoors when it was rainy and dark, even if I only remember endless long sunny days spent racing around outside.

I don’t have any answers as to what we should be doing to increase the amount of exercise our children do. At the very least I’d suggest that sport must be inclusive and fun and there needs to be something available for everyone to enjoy whatever their ability – and that means providing a variety of opportunities that will interest boys and girls of all ages. 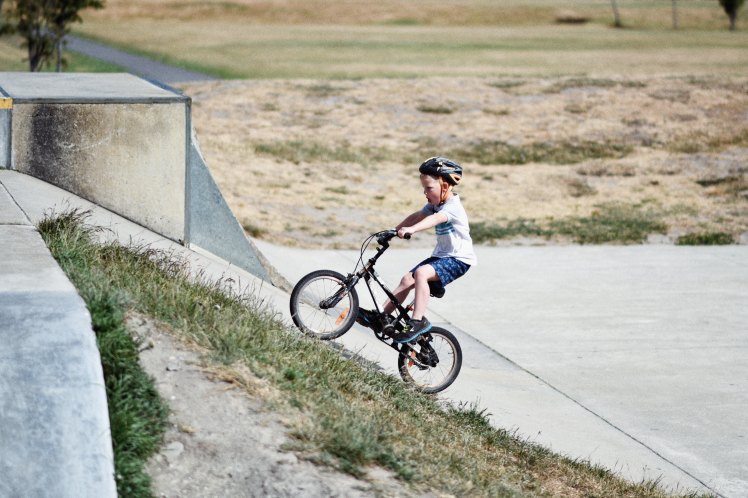